Since North-Africa and southern Andalusia were once connected, these two areas still have many flora and fauna species in common. The Moroccan Rif Mountains formed part of the Betic Cordillera, and is known to ecologists as the Baetic-Rifan complex. On the on-line magazine Waste we can read that the Erodium cheilanthifolium is a ´Bético magrebí´ (Baetic-maghrebi) species. On the internet we found a photo of the Erodium cheilanthifolium – called Moroccan dwarf storksbill by its author - taken in the Rif Mountains. As the Maghreb refers to the five countries constituting North Africa, it might occur in other countries as well. Gabriel García Guardia writes in his Flores Silvestres de Andalucía that Edmond Boissier the discoverer of this geranium, thought it to be related to the ´trichomanifolium de Oriente´ which can be found as far as Syria and Lebanon. Boissier therefore rectified its scientific name a number of times, but than decided on the epithet ´cheilanthifolium´ to distinguish it from other species. Cheilanthifolium refers to the similarity of its leaves with the fronds of the ferns of the genus Cheilantes. As it depends on the wind for its polination, it can be found on summits and ridges. We saw thousands on the Loma de las Albardas, and a large number near the summit of El Chullo (2,611 m).
In Sierra Nevada other species of Erodium can be found. Four are endemic, or almost exclusive, and are threatened with extinction: Erodium astragaloides, Erodium boissieri (alfileres del Trevenque), Erodium daucoides (agujas de Sierra Nevada, alfileres) and Erodium rupícola (alfilerillos de Sierra Nevada, reloj de Sierra Nevada). These four can be found on the ´Lista Roja de la Flora Vascular de Andalucía´, which lists the most important aspects to consider for the protection and conservation of threatened flora of southern Spain. The Erodium astragaloides and the Erodium rupícola form part of the special Life proyect of species that are protected by the Habitats Directive. 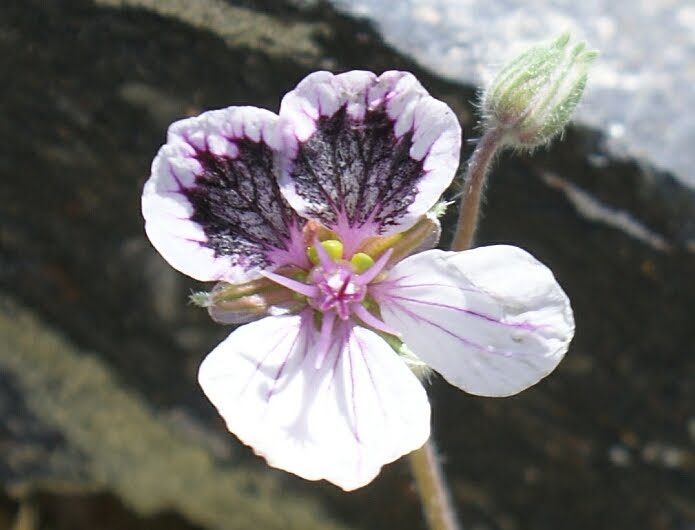 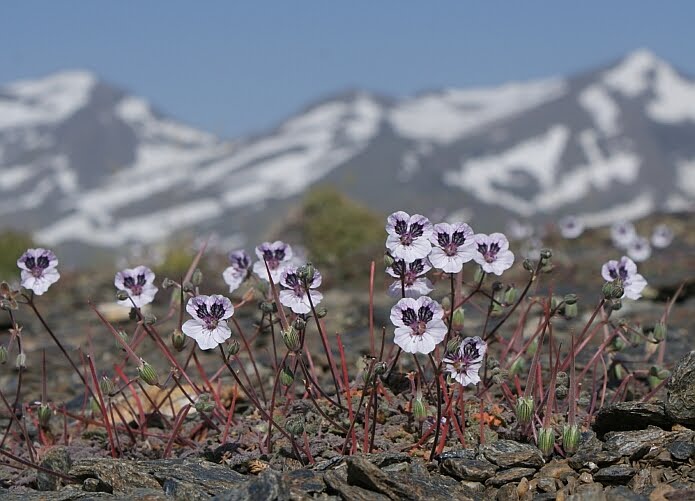