There have been a few changes to the Alpujarras roads, which makes a new road map useful. The Granada - Motril highway A-44 has been finished and connected with the A-346 to Torvizcón. Works have been going on to improve and alter the route of the A-348 between Cádiar, Yátor and Ugíjar and to connect it with the A-347 to Berja. Last week the road between Cádiar and Ugíjar was opened.
The renovation of the A-348 from Torvizcón to Cádiar was already finished two years ago. It needs to be said though, that this road has suffered a lot of rain damage and that at some parts only one lane is available. The rest of the A-348 and the A346 doesn´t not give any problems.
Google maps is up-to-date concerning these roads but most paper maps and internet map scans reflect the old situation. We liked the old map because it was simple but it was not complete either. Besides, the road numbers changed a few years ago. Writing this article we realized that a correct map of the Alpujarras does not seem to exist. Even Google goes wrong on the small roads and you need to zoom in quite strongly to get them showed, losing the overview completely. The official Granada road map of the obras publicas of the Junta de Andalucia(pdf) is also far from complete. That is why we decided to edit this map ourselves to put in the connections for example between Nieles, Tímar and Lobras as wel as the road to El Golco. Please advise us on other corrections we should apply to the map below.

Click on the photo to enlarge it in a new window. 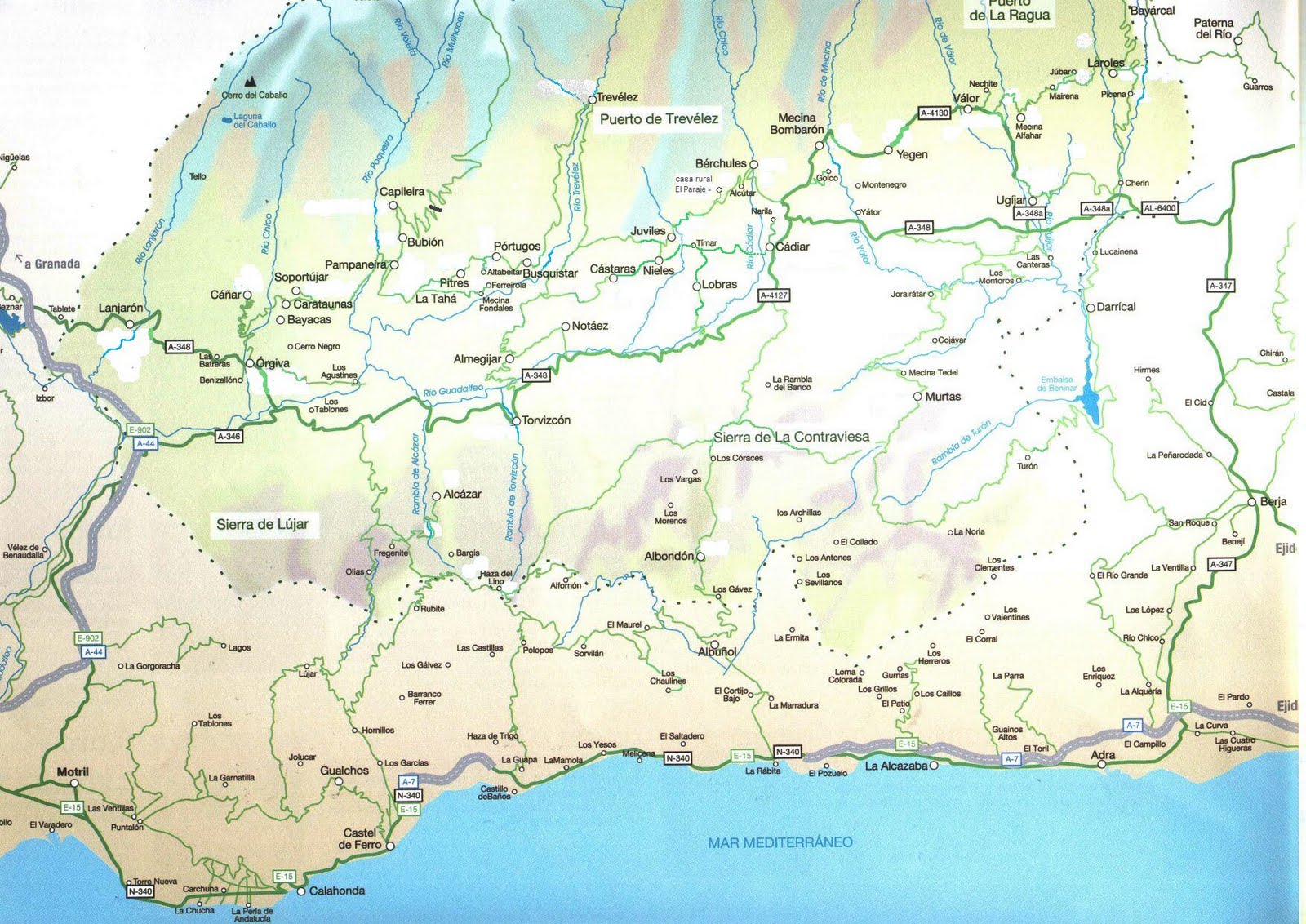 Very interesting post, thanks for sharing this valuable information.