Along an irrigation channel close to Cádiar, we saw two specimen of this beautiful Star-of-Bethlehem. In English this perennial bulbous flowering plant has a few other names: Grass Lily, Nap-at-Noon and Eleven-o'clock Lady, amongst others. On some websites we read that this is a plant of the Hyacinthaceae, on others that it is a member of the Asparagaceae. On websites we think to be scientifically more reliable we read that it belongs to the Liliaceae or Lily family. In the Spanish text of this ´leche de gallina´ on wikipedia we can read that ´ornitogalo´ literally means ´leche de pájaro´ ( bird´s milk in English) and that this name was already mentioned by the greek botanist Dioscorides (ca. 40-90 AD). They quite rightly say that it is really amazing how the etymology can surive for thousands of years. It didn´t in all languages, but it does in this case hold true for its Spanish and its Dutch name  ´gewone vogelmelk´. In the Netherlands and in a few other countries it is on the red list of endangered species. Dioscorides described that the bulbs were eaten raw, cooked or roasted and that they had an diuretic and laxative effect. Nowadays the ornithogalum umbellatum is used in one of the Bach Flower Remedies. 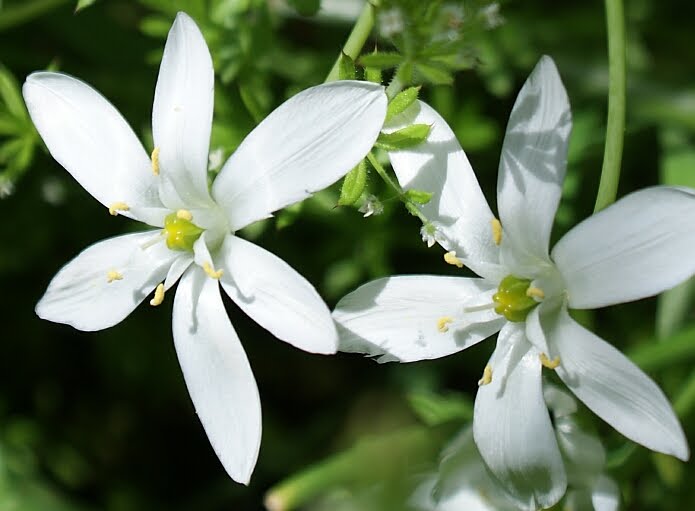