Chris Stewart and Michael Jacobs at Casa Ana in Ferreirola 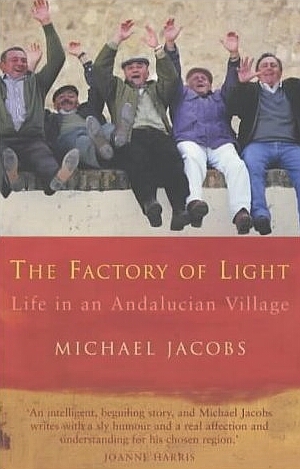 This coming Sunday the 27th of March at 17:30 hours Chris Stewart and Michael Jacobs will read from their work at Casa Ana in Ferreirola. Chris Stewart is best known for his book ´Driving over Lemons´ (1999) in which he tells the story of his move to the Alpujarras. ´A Parrot in the Pepper Tree´ (2002) contains more stories from Chris Stewart and his farm El Valero close to Órgiva. In our modest library we have these books in their original version as well as the ones that have been translated into Spanish: ´Entre Limones´ and ´El Loro en el Limonero´ and into Dutch: ´Een optimist in Andalusië´ and ´Een Papegaai in de Peperboom´. In his third book ´The Almond Appreciation Society´ (2006) Chris Stewart introduces his friend and travelling companion Michael Jacobs. This author and art historian has been interested in the hispanic world since childhood and his numerous books include: ´Andalucía´ (1990), ´Between Hopes and Memories: A Spanish Journey´ available in Spanish: ´ Entre esperanzas y recuerdos: un viaje español´ and ´In the Glow of the Phantom Palace: Travels between Granada and Timbuktu´ translated into Spanish: ´De la Alhambra a Tombuctú´. On Sunday Michael Jacobs will read from his book ´The Factory of Light: Life in an Andalucian Village´. This book that centres on Frailes, the Jaenese village where he resides a large part of the year, is also available in Spanish: ´La Fábrica de la Luz: Vida y Milagros en un Pueblo Andaluz´. Chris Stewart will read an extract from an unpublished work about a voyage to Peru. Entrance fee for this literary meeting is 5 euros, call 958 766 270 / 678 298 497 or email info@casa-ana.com for more information.