A wildflower that we have been enjoying on our own finca every year so far, is the Purple Salsify. Never before did we see as many as this year however. This pretty flower is a member of the asteraceae and it has been known for its herbal properties since classical times. It is mentioned by Dioscorides in his Materia Medica (´Regarding Medical Matters´ in English) and by Pliny the Elder in his Naturalis Historia. This goatsbeard is claimed to have beneficial effects on the liver and gall bladder. The root, and sometimes the young shoots, of this common salsify are used as a vegetable, and historically the plant was cultivated for that purpose. The root is noted for tasting of oysters, from which the plant derives its alternative name of oyster plant. Cultivation in Europe began in the 16th century in France and Italy. In Great Britain it was initially grown for its flower and later became a mildly popular vegetable in the 18th century but then declined in popularity. Presently the root is cultivated and eaten most frequently in France, Italy and Russia. In the Netherlands the ´Paarse morgenster´ is on the list of ´vergeten groentes´ (forgotten vegetables). In modern times the purple salsify has tended to be replaced by the Spanish Salsify (Scorzonera hispanica) as a cultivated crop. The Swedish botanist Carl Linnaeus (1707 – 1778) gave this purple salsify its official name Tragopogon Porrifolius. 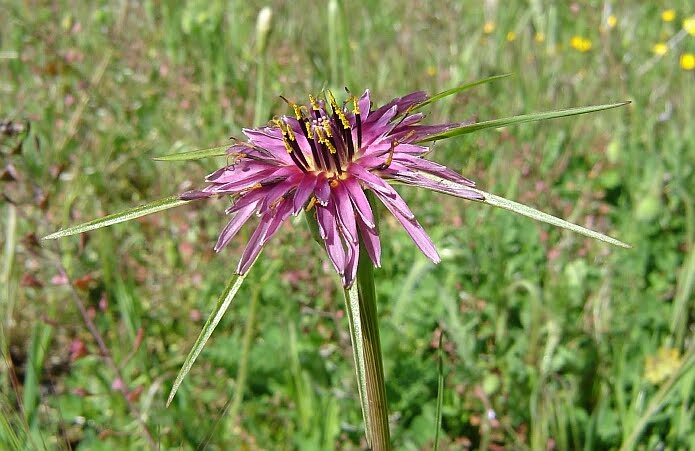