The Erebia hispania is now considered to be endemic to the Sierra Nevada and therefor one of the highlights of butterfly lovers that visit this mountain range. The habitat of this Montañesa excéntrica are stony and wet grasslands between 1,800 and 2,900m. On Waste magazine we can read that the number is reducing of this Nymphalidae and that it is listed as ´threatened´. It also says that it flies in the Pyrenees as well. Tristan Lafranchis, in his latest book on identifying European species, divided hispania into two distinct species, ´Erebia hispania´ occurring in the Sierra Nevada in southern Spain, and ´Erebia rondoui´ or the Pyrenees Brassy Ringlet as confined to the Pyrenees. On the fore-wing upperside of the Spanish Brassy Ringlet the orange band becomes abruptly narrower and the black ocelli is reduced ormissing on the male hind-wing upperside. Its primary foodplants are gramineae (grass) and Festuca (fescue). We photographed our Spanish Brassy Ringlet in a ´borreguil´ close to the Barranco de las Albardas (2,600m) at the beginning of August last year. It was sharing its habitat with a Parnassius apollo. We are now planning to go back there in the same week hoping to reencounter this unique Erebia. In Dutch its name is Spaanse glanserebia and in French it is known as Moiré des Ibères.
PS On the 7th of August 2011 we did indeed reencounter a Spanish Brassy Ringlet in the same barranco, see article De Bérchules a Trevélez por el Horcajo. 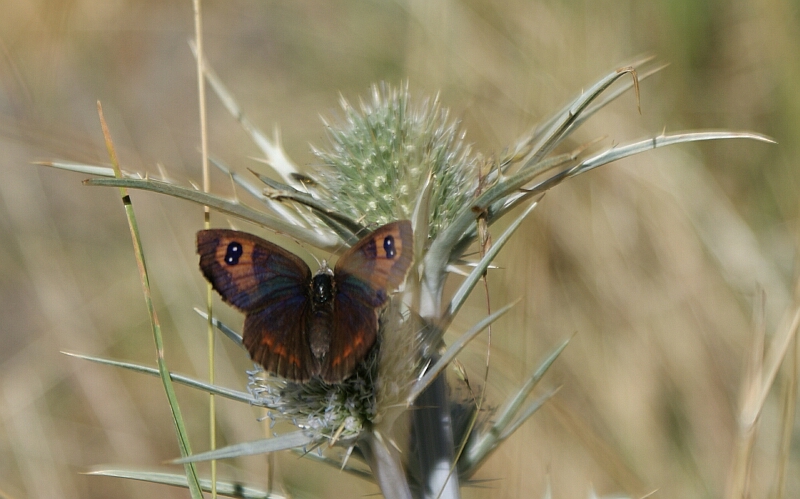 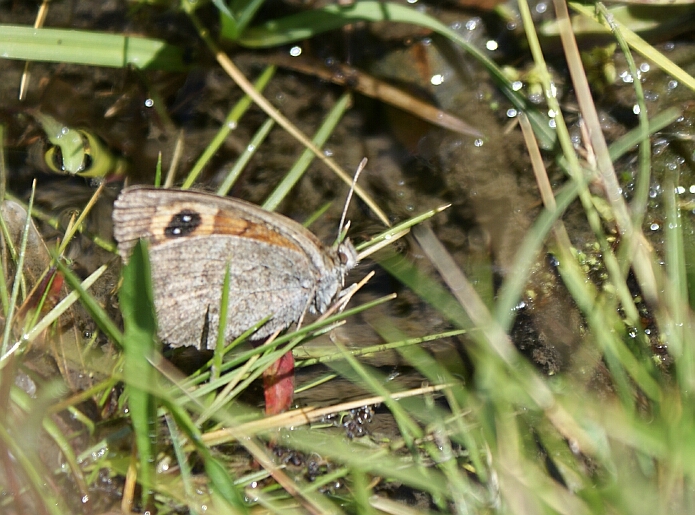