Yesterday the III Jornada de la Seta en Mecina Bombarón was organized. A group of about thirty people gathered to go up the pines to pick mushrooms. Around two o´clock the participants came back to the village with baskets and boxes with many different types of fungi, curious to hear from José Herrera which types they had collected. This expert mycologist told the names and curiosities, but regarded the ´níscalo´ or the Lactarius deliciosus as the only edible one. He agreed that a few others could be eaten, but did not have the desirable taste or aroma. The absence of poisonous effects is apparantly not the only aspect to put a mushroom on the list of ´setas comestibles´ of this micólogo experto. The couple that stayed with us and that took part in the different activities was given a beautiful violet mushroom by other participants and had told them it was a delicacy. José Herrera explained that it was a Lepista nuda. After looking for more information on the Internet, we found out that it is sometimes called Clitocybe nuda, in English known as Wood blewit. In the salón cultural the níscalos were prepared and stirfried for the participants that wanted to try their own mushrooms. Apart from this, Luis of cafe bar La Huerta in Mecina Alfahar had prepared delicious ´mico tapas´ with níscalos for a tasting. This ´degustación´ was well organized by the town hall of Alpujarra de la Sierra for which we want to congratulate all the people that contributed to make this Jornada de la Seta such a successful event. 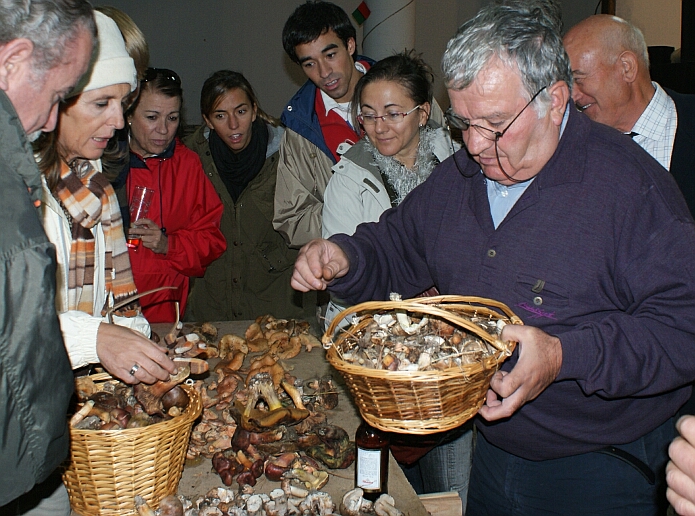 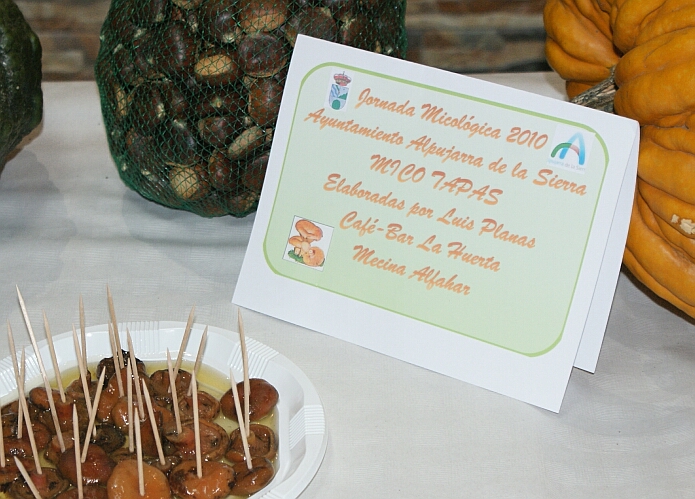