Perez's Frog is a type of frog that is very abundant in Spain, as evidenced by its Spanish name ´rana común´ or ´common frog´. It is a frog of the genus Pelophylax of the family Ranidae or true frogs. Apart from Spain it is found in southern France and Portugal. Altough it is sometimes referred to as the Iberian green frog (´rana verde´ ín Spanish or ´Iberische groene kikker´ in Dutch) it can also be gray or brown. We liked the one we saw in the small stream running through the Rambla de Albayar for its beautiful green colour. 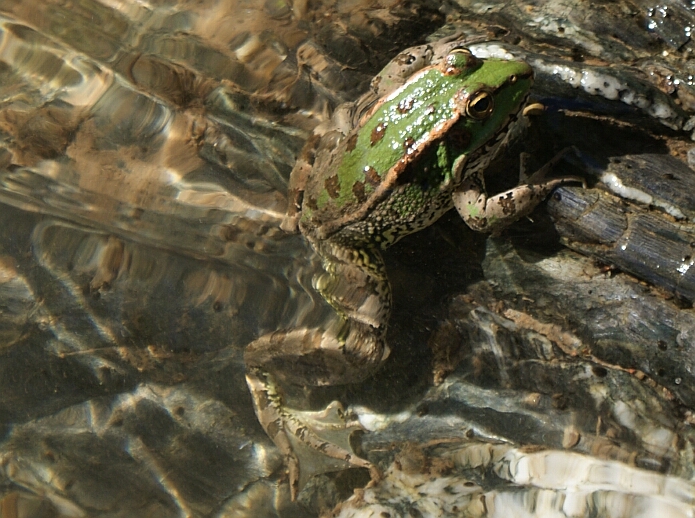