For a few months we have been walking around on our own finca quite often, to get a better idea of the biodiversity of El Paraje and to take photographs for our own books on the local flora. Since we have had a couple of weeks with relatively high temperatures, our mountain is no longer as green as a month ago, but there are still many interesting wild flowers. When we went up yesterday we were surprised by the large number of butterflies that were around. On a Dutch website we read that June is not a good month for butterfly watching. Maby this holds true for the Netherlands, but here it certainly is a good moment of the year to see a great variety of butterflies in large numbers. Yesterday we saw a few regular visitors, like swallowtails and cardinals, and were able to take a photographs of the Mellicta Deione or Melitaea Deionea. This Provençal Fritallary is a butterfly in the family Nymphalidae. The one we photographed is probably a male because the females usually show a contrast between orange and yellow bands on upperside. Another characteristic is the orange palpi viewed from below. While searching for information on the internet we came across the wild life page of Simon Coombes with some excellent pictures of this butterfly with the comment that there was a field full of these fritillaries near Juviles. For our Dutch and Flemish readers we would like to mention that this fritillary is known as the ´Spaanse parelmoervlinder´. Although we can read on the Wikipedia that this Mellicta Deione is not only found in Spain, but also in south-western Europe (probably including the Provence) and in North Africa. On the website of Waste Magazine we can read that in Spanish the Mellicta Deione has the pretty name of ´Doncella ibérica´, although it is sometimes simply called ´Deione´.  PS In April 2011 we saw this Provençal Fritalary on our terrain quite often. 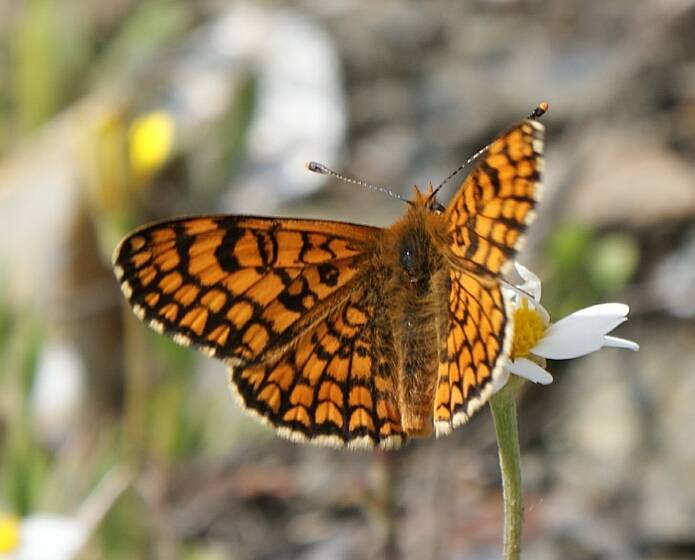 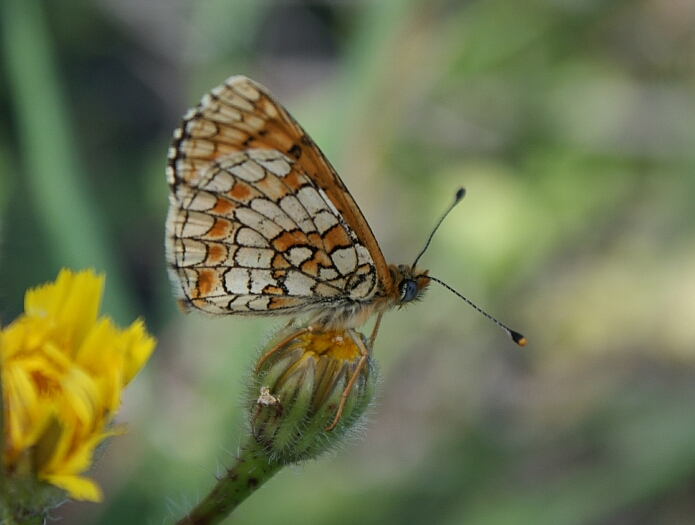