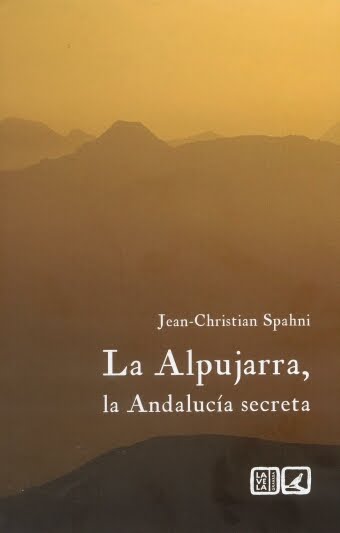 We have come across a number of different designations of Jean-Christian Spahni: archaeologist, anthropologist, paleontologist, ethnologist and sociologist. Whatever his official profession, this Swiss traveler arrived in Granada in 1954 and spent some time in the Alpujarras. He was familiar with the work of Richard Ford who travelled as far as Ugíjar at the beginning of the XIX Century, with La Alpujarra of Pedro Antonio Alarcón, Sierra Nevada written by Fidel Fernández, a narration of José Guglieri published in 1953 and South from Granada of Gerald Brenan which was published in 1958.  Spahni enjoyed reading Al Sur de Granada, but accused Gerald Brenan of a lamentable ignorance of the region and its people as he did not take part in the different tasks and activities of daily life. Despite the number of publications, Spahni had the idea that there was still not one book that gave a complete and accurate picture of the Alpujarra. This is what challenged and encouraged him to write down his experiences. Editiones de la Baconnière, en Boudry (Switzerland) published Spahni´s writings in 1959: L´Alpujarra, Secrète Andalousie. Very few copies of this original version reached Granada. The brothers Horacio and Javier Roldán Barbero got hold of one fortuitously. After they had read this book, they had an interest in translating it into Spanish. They invited Spahni to revisit the area and consulted him on a few things. Thanks to their initiative, La Alpujarra, la Andalucía secreta was published in 1983. This first edition was out of print for many years. We personally got an idea of its importance by the number of quotations we read in other publications. Apart from this, we had come across texts and photographs from the book, as they can be found on different websites.

Thanks to an article in the Ideal we learned that fifty years after its first publication, Editiorial Comares revised and reprinted Spahni´s study of the Alpujarra. This second edition of La Alpujarra, la Andalucía secreta was presented at the Casa de los Tiros in Granada on Wednesday the 16th of June. We could not assist this presentation, but were able to get hold of a copy from the Librería Gallego in Órgiva.
In the epilogue the translators recall and compare the Alpujarra as it is now with the period that Jean-Christian Spahni lived in this region, more than fifty years go. They mention for example that in half a century the number of inhabitants diminished by more than fifty percent. The translators justify a reprint in the following way:  "Spahni provided us with a multitude of reasons to admire the region, to feel part of a project to retrieve a language. This was his legacy then, and it must remain so to this day."
Posted by Casa Rural El Paraje Labels: publications
Email ThisBlogThis!Share to TwitterShare to FacebookShare to Pinterest