On some walking routes in the Alpujarras you cross a river where there is no bridge. In general this should not be a problem, but at this moment of writing this can not be taken for granted. Today we found out that the rivers can be so swollen as a result of the heavy rains the past weeks, that it might be difficult or impossible to get to the other side. This we experienced while walking the GR7 between Lobras and Tímar, when we tried to cross the Río Tímar. Luckily there is now also another walking route connecting these two lovely villages, the path along the Acequia de los Castaños. In the past this was the principal walking connection. Every year less people went from one village to the other on foot, so the path became overgrown and in the end impenetrable. Thanks to an employment creation programme, this old connection was restored last year. The last day of the ´Taller de Empleo´ was on the 29th of December, right during the ´temporal´or spell of bad winter weather. Unfortunately some improvements did not withstand the heavy rains, but it is possible to follow the route without any problem. Luckily they made a proper bridge to cross the Río Tímar close to the village of Tímar. The route is not signposted, but from Lobras it is easy to find. At a crossing where you would go down towards the river following the GR7, you continue straight on along the irrigation channel. To find the route from Tímar is less easy, you need to find the old camino real next to the school building. This map gives an idea. We found it on the website with a lot of useful information on Tímar. They suggest a circular route, which will be lovely again in a few weeks or months when less water is running through the river. We can recommend the new route to everybody walking this part of the GR7. It is a more beautiful path and easier because you can avoid the steep climbing and ascending in order to cross the river. 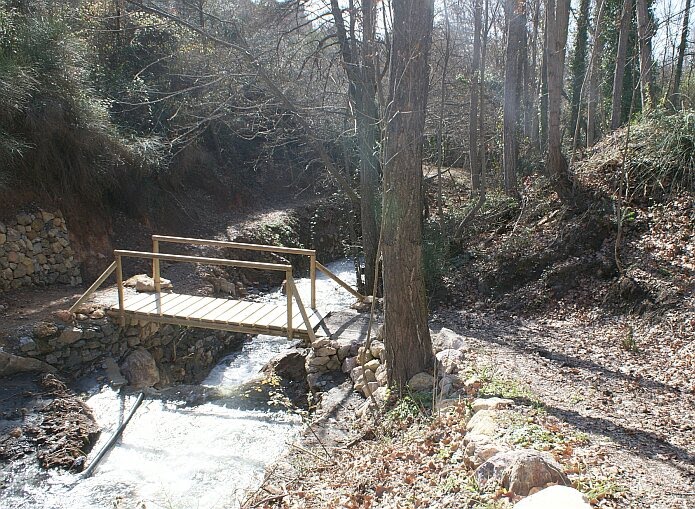 Very interesting walk that you recommended here, like always on your blog. Thank you for this information. I'm aggree whit you this part of GR-7 is great to know. I hope i'll do it once. See you: Rafagan.